Australia’s Langton’s Classification may not be as well known as Bordeaux's 1855 Classification, but it is an excellent barometer of how the Australian fine wine market is developing. Penfolds Grange has been in the top tier of Australia's Langton's Classification since the ranking was born in 1990. Credit: Penfolds

We all know about the Bordeaux 1855 Classification. Based on the market price of the wines 160 years ago, it has remained a fixed five-tier ranking ever since – apart from a few tweaks including châteaux Pichon, Léoville and Batailley splitting into two or more estates, the two Pougets becoming one, Dubignon disappearing and most famously Mouton Rothschild’s promotion in 1973.

Langton’s, on the other hand, is a much more fluid ranking of Australia’s ‘best–performing’ fine wines.

In a similar way to St-Emilion’s classification, Langton’s is reviewed every five years and wines can be added, deleted, promoted or demoted. Started in 1990, it’s a three-tier system: Exceptional, Outstanding and Excellent.

Wines are eligible based on their demand, reputation, quality and track record at auction, and only considered for ranking after a minimum of 10 vintages.

The current ranking (the sixth) was published in 2014, and includes 139 wines – more than double the number in the 1855 Classification, but probably representing just 20% of the production volume. 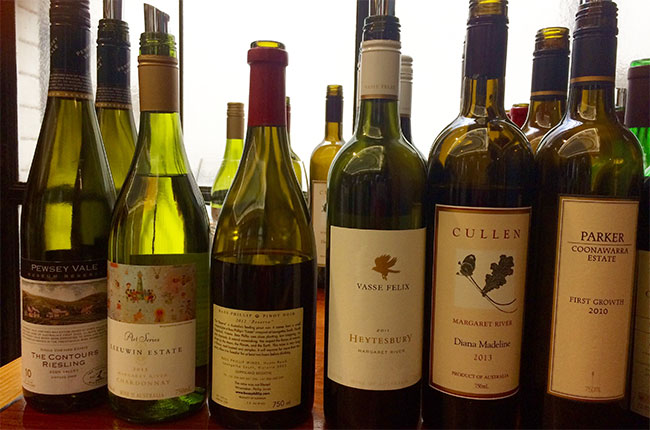 Andrew Caillard MW, co-founder of Langton’s wine auctions and creator of the classification spoke about his ‘form guide’ during a masterclass at Australia House in London, charting the country’s 200 years of wine history through 12 of its top wines, ahead of an open tasting session of 60 more.

Langton’s then and now

Of the 34 wines listed in the inaugural Langton’s Classification of 1990, Penfolds’ Grange was the only wine rated Exceptional and has remained at this rank ever since. In fact, no wine that has made it into the top tier has ever left.

‘It’s an iconic wine; a reference example,’ says Caillard, who says the story behind Grange – ‘of people like Max Schubert and Ray Beckwith and the beautiful Magill Estate vineyard’ – are  as much a part of wine’s success as the liquid itself.

From Pewsey Vale’s Contours Riesling in Eden Valley, whose secondary petrolly notes Caillard prefers to describe as ‘the waxyness of a waterproof Driza-bone jacket’; to the distinctive Wilyabrup terroir (‘the Pauillac of Margaret River’) of Vasse Felix’s Heytesbury Cabernet Sauvignon; and Bass Philip’s Reserve Pinot Noir from Gippsland, likely from a Clos Vougeot clone brought into Australia in 1838 – facts, anecdotes and opinions pored forth non-stop from Caillard over the two-hour seminar.

Caillard at first questioned whether it was arrogant of him to describe Langton’s as ‘the most famous New World wine classification’. He quickly decided it wasn’t – and it’s hard to disagree.

All 21 Exceptional wines in the Langton’s Classification